Decision-making is a fundamental part of an animal’s behaviour. To be able to detect and avoid predators, while accurately detecting and obtaining prey and classifying conspecifics either as rivals or potential mates, often from some distance, requires both acute sensory systems able to cope with these demands, and the capacity to process sensory information rapidly in order to make a decision. Using live animal tests, playback studies and 3D animation techniques, I have explored the effects of apparent size, speed, motion characteristics, as well as shape, as some of the visual parameters used by animals when making these decisions. My work on visually-mediated decision-making has included jumping spiders, lizards and birds. Through this work we know, for example, that an African species of jumping spider, Evarcha culicivora, can differentiate its favourite prey of mosquitoes in the genus Anopheles from other mosquitoes based solely on the posture in which they rest (see: Nelson, X. J. & Jackson, R. R. 2006. A predator from East Africa that chooses malaria vectors as preferred prey. PLoS ONE 1(1): e132). 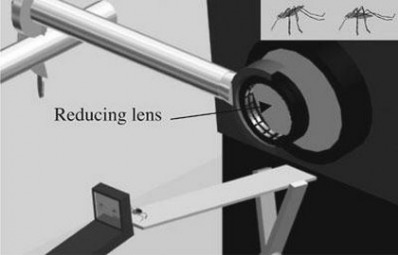